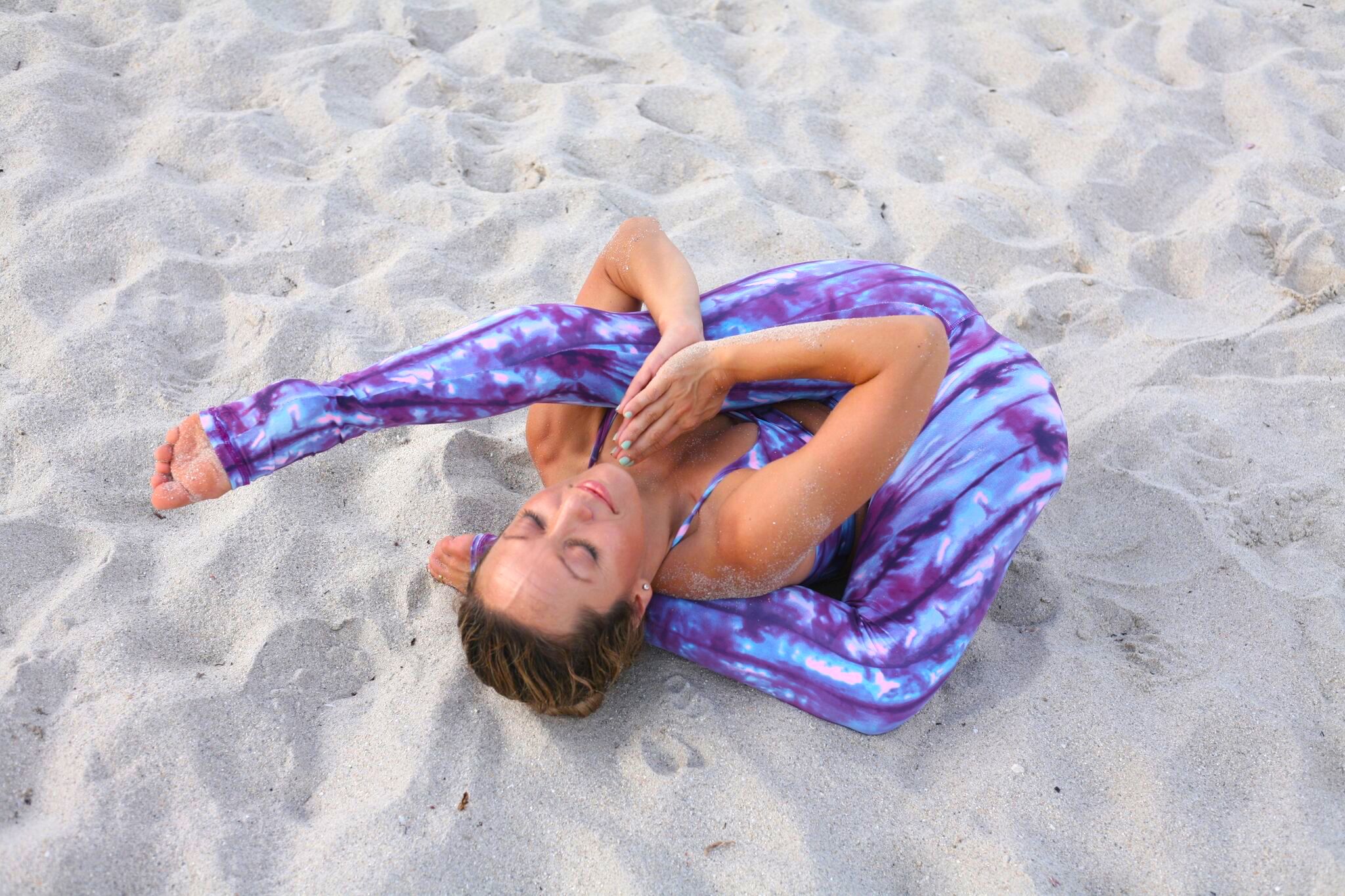 Yogi Assignment: A Practical Application of the Niyamas

When I first started practicing yoga I had not idea that there was so much depth. All I knew was that I wanted to live a more peaceful life and I thought yoga would lead me there. Years later, I can say for certain that yoga is a path of inner peace and if you want to experience a more peaceful life, just keep practicing.

But, there is an unspoken invitation to explore the more philosophical foundations of the practice. This isn’t something I took too immediately. One thing that I loved about yoga was how much of a sanctuary it felt like from the sometimes divisive morality of organized religion. In those initial stages of my journey all I really wanted to feel my body and dive into the world of asana. After a few years of being honestly obsessed with the yoga poses I felt the inclination to learn more about traditional yoga philosophy. I started with the Yoga Sūtras, which wasn’t an easy task. The pithy aphorisms that comprise this text are not easily decipherable to the novice. So I began with chanting and later explored various commentaries. While I am by no means a Sanskrit scholar or even a scholar of sacred yoga texts, my studies opened up a door to translate the lessons learned on the yoga mat to ordinary life. This week’s Yogi Assignment is based on the a practical application of the Niyamas.

Patañjali’s Yoga Sūtras outline five Niyamas in the second limb of the eight-limbed path known as Ashtanga Yoga. A good way to think about these five precepts is to frame them as observances that you as a yoga practitioner take on in order to optimize your practice. Sometimes the Niyamas are called the list of “do’s” in opposition to the list of “don’ts” that you find in the Yamas (for more about the Yamas, see my blog from last week). But, rather than a list of things to be done and checked off, the idea is to make each of the Niyamas as personal and relevant as possible to your daily life. I see the Yamas as the moral and ethical guidelines for how the yogi ideally acts in society and in relationship to others and the Niyamas as the same outline for how the yogi treats oneself. The Niyamas are observances that can be done in silence and quiet without much fanfare. Most, if not all, are best done as a solitary pursuit in the realms of the inner body and mind. If any of the Niymasa are performative and done for worldly praise, then they miss the mark. Whereas the outer marking of Yamas are evident in lifestyle choices, the Niyamas are more subtle. I always say that the true journey of yoga happens internally and that the practice is a walk taken in hand in hand with God. In this way, neither the Yamas or Niyamas are meant to be weaponized as scales of judgement to cast shade on yogis for what appears to be the success or failure to execute these guidelines according to a standardized level. Instead, each of the Yamas and Niyamas is a ceaseless personal process of deep introspection that perpetually evolves. Instead the goal of the Yamas and Niyamas is to keep the yogi humble and committed to personal practice.

Niyama: Śaucha
Definition: Cleanliness, Purity
Practice: Traditionally the principle of śaucha is applied to body, mind and speech. Body can be taken to include not only one’s own physical body but the environment that one occupies, both in terms of living space and world. Mind implies the type of thoughts that dominate the inner world. Speech usually indicates responsibility for every word spoken, in terms of both intention and effect. This one principle has the power to radically change your life is applied with diligence. For today, I encourage you to choose one aspect of śaucha that you find inspired to apply in your life. Perhaps you feel motivated to clean out an old closet or sweep the floor. Or, maybe it’s time to clean out your thoughts and replace destructive self-hate with positive affirmations. Lastly, consider being mindful about your speech and drop all gossipy or snarky comments, whether written or spoken.

Niyama: Santosa
Definition: Contentment, Acceptance, Optimism
Practice: Some people resist practicing Santosa because they think that being content and accepting of what is pardons injustice and normalizes grievous actions taken by others. Or, other still feel like optimism is spiritual bypassing that ignores reality in favor or plastic positive thinking. Santosa couldn’t be further from this. So often we run from inconvenient truths and try to avoid situations that bring up discomfort. Acceptance in this context implies the willingness to see clearly and truly and go into places that scare you. If there is injustice in the world or if harmful actions have been taken, the teaching of Santosa willingly acknowledges this fact and see it with a heart full of love. If there is something in your life that you need to acknowledge but you are avoiding it, Santosa encourages you to be plainly honest with yourself. Without that first step of honesty, healing cannot take place. For example, you never admit to yourself that you’re exhausted or burnt out, then you will not take the steps needed to heal. Similarly, if a society cannot see its own injustice then it will never take the steps necessary to create true equality.

Santosa is a kind of radical acceptance that courageous sees pain, suffering and hurt without shirking away into the shadows of bitterness, hatred or unprocessed rage. It is a choice to defiantly believe in the goodness of all things and see clearly, even amidst great pain. Santosa sees with eyes of wisdom, resists nothing and refuses to tell an exacerbating story about reality. I am not someone who easily live-in a state of Santosa. Instead, I often find myself lapsing into hopelessness and targeting figures outside of myself as villains to be taken down. On a personal level, I’ve had sniffles all week but have refused to admit that I needed rest until this weekend. For this week, I want you find one thing that you’re running from in your life. It could be the simple acknowledgment of exhaustion or it could be coming to terms with actions you’ve taken that have harmed another. Or yet, still it could be admitting that someone whom you trusted let you down. Without pardoning the harmful behavior or trying to immediately solve the problem, just start by being willing to see what is with open, non-judgemental eyes. This Niyama is a lifelong process, and for this week, just start here with pure observation.

Niyama: Tapas
Definition: Discipline, Persistence
Practice: Perhaps the easiest to apply out of the Niyamas, Tapas gives you the foundation of the ritual of practice. Daily discipline is required to progress along the path of yoga. The spiritual path is an operation of the mind, and, like any good surgeon, you have to practice. Commit to five minutes a day and get on your mat to do yoga or meditation every single this week. Let this be the foundation of consistent practice.

Niyama: Svādhyāya
Definition: Self-study, study of sacred scripture
Practice: Traditionally Svādhyāya includes not only the actual reading of sacred texts, but the paradigm of study itself. When reading the key texts of any spiritual tradition, Svādhyāya instructs the yogi to be open-minded and receptive to the teaching. Instead of taking a critical perspective that seeks to debunk the text, the yogi is encouraged to read the primary texts from the paradigm of personal usefulness. This paradigm epitomizes the student’s mind and acknowledges that the yogi is first and foremost a student. In a nod to the lineage-based traditions of yoga, Patañjali includes Svādhyāya in the Niyamas to ensure that all yogis remain perpetually students. For your practice this week, choose a key text from your main spiritual lineage. It could be the Yoga Sutras, but it could also be the Dhammapada or the Bible. In the morning, before you start reading the news and answering emails, commit to reading a few lines or paragraphs of the text. You could start at the beginning or you could flip through and randomly choose a passage. Let the words of the ancients be your start to the day. Later as you move about your day reflect on these words and see if you find relevance in their teaching. If you have time, journal about your experience at the end of the day.

Niyama: īśvarapranidhāna
Definition: Devotion, surrender to God
While there are many religions and definitions of God, the Divine principle is nearly universal in all human beings. Even self-proclaimed atheists usually believe in a force greater than themselves. Whether you call this force the Universe, Source-energy, Life Itself, Oneness, Love, Light, Buddha Nature, Emptiness, Spirit, Brahman, īśvara, Jesus or God matters not for this portion of the yoga practice to work. Devotion and surrender are two key aspects of faith. For this week, as an exercise in building your relationship to the Divine, choose some place in your life that you feel utterly stuck or stressed out. Then, rather than asking for God to solve your problems and grant your every wish, ask for the burden of needed to fix it, solve it or control it be lifted off your heart. Turn it over and ask for stress and stuckness to be replaced with peace and understanding. If you’re familiar with the 12-step program, you might be familiar with the first few lines of serenity prayer. If not, you might familiarize yourself with it and reflect on it in moments of difficulty surrounding your most pressing issue.