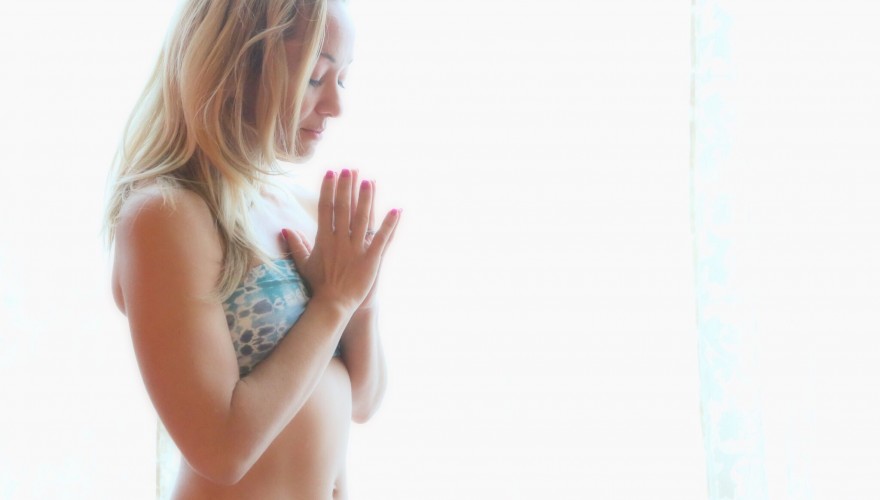 When I was a young aspiring yoga teacher, I applied for teaching positions at every single yoga studio, gym, spa and community center that I thought might be interested in having me. My main goal was sharing the Ashtanga Yoga method with students and saving money so I could get back to India to continue my own studies with my teacher K. Pattabhi Jois. People told me to seek out a studio run by an older male yoga teacher. I called and he said to come on by that same afternoon. Hopeful and somewhat honored that a bonafide yoga studio might be interested in me as a teacher, I printed out my resume and headed over. Nervous and naive, I rang the buzzer and walked up the stairs to find this teacher and his girlfriend sitting in the lobby. If I look back now I can see that I already sensed the weird atmosphere but I brushed it aside due to his “credentials”. He asked my name and I handed him my resume. He scoffed and started a line of aggressive questioning that took me off my young center. He asked if I could sense how “blocked” I was. He questioned my motives, saying that the “true teacher” always appears when you’re ready wherever you are. He proposed that he personally “unlock” my spiritual energy and that the moment was a make-or-break moment in my path to enlightenment. When I replied saying that there must be some confusion because I was there looking for a job as a yoga teacher, he laughed even more vigorously. Then his girlfriend quietly got up and left the room. As she did I asked what was going on and made a move to gather my keys and leave as well. That’s when it turned ugly. This man with bulging muscles and a large body quickly moved close to me, blocked my exit and physically restrained me. He squeezed me so tightly that I remember how painful it was to feel his rudraksha mala digging into my skin. Then, he began the mind games that really undid me. He said, “Now I’m going to teach you. It will be better for you if you just surrender and accept my teaching. I’m the true guru.”. I struggled, fought and screamed. He began forcing himself on me and touching me in a sexual manner. I panicked and said that I had to use the bathroom. He loosened his grip, blocked the main exit and I went to the bathroom. I stood there looking out the window, considering all my options. If I jumped I’d probably be injured, so I decided against that. I looked in the mirror and said to myself that I’d walk right out there, grab my keys and get out. I mustered all the strength I had and went out as fast as I could. But he was stronger and faster. It seemed like he had done it before and was anticipating my next move. He grabbed me, threw me on the ground and began sexually assaulting me while explaining to me how I was so lucky to receive this beneficial teaching. When it was over he told me it was time to leave and that the lesson was over. I went home and sat in the bathtub and scrubbed my body, but no matter how much I tried I just couldn’t get the icky feeling off my skin. Wherever I looked I saw this guy’s forceful, sick presence all over. I doubted myself and blamed myself. Did I fight back hard enough? Did I ask for it by sending mixed signals? I actually questioned whether it really was a teaching and whether I really was a difficult student with many blocks. I wondered if he really was some rebel guru. I took no recourse because it took me years to realize just how violated I was by this interaction, physically and psychologically.

Years later, this same man came to my class and started preying on young women. It was then that I discovered his treatment of me wasn’t an isolated event. It was a systemic issue that appeared in nearly every interaction he had with a pretty young female student. I contacted the Yoga Alliance because he was registered ERYT-500 and they replied with a standardized email saying that they could take no action. It made be so mad because it felt like there was no accountability in the yoga world. I shared the incident with my teachers in India and they were appropriately outraged, but what could they do? I consulted a lawyer and reported this guy to the police, but it was years since the incident. I gathered evidence to file a restraining order and under legal counsel arranged a meeting. I confronted this man about his actions and told him in no uncertain terms that if he ever contacted me again, came near my yoga center, attended a class of mine or engaged with me in any way whatsoever I would report him to the police. He responded with impunity and said that he couldn’t help it if his students, which he referred to as “all those women”, were ungrateful for his teaching and that people call him the “messiah”. Luckily, this boundary has worked, at least for now. While I never sought legal action I set a clear and firm boundary that allowed me to feel safe in my own sphere of influence. At the very least he would not prey on any other young female students in my yoga center or in my community. Truly, this man is a mentally ill person with megalomania and psychological issues. Not only should he not be a yoga teacher, but there should be some actionable consequence to his heinous misrepresentation of the sacred tradition of yoga for insidious, harmful purposes. There’s a part of me that’s scared to share because I don’t want him to reappear. I share this story to shed light on some of the darkest places within our all too human yoga world and to let you know that you’re not alone if you’ve experienced something similar. We must stand together, men and women, and uphold the values of the yogic principles by protecting the innocence of the seekers who turn to yoga for healing.

Virabhadra, the warrior of dharma, created out of

Gratitude for the good and the bad. Comment below

It’s harder than it seems to break old habit pat

That golden light of California is pure magic. The

I was not born naturally flexible. The first time

Virabhadra, the warrior of dharma, created out of

Gratitude for the good and the bad. Comment below