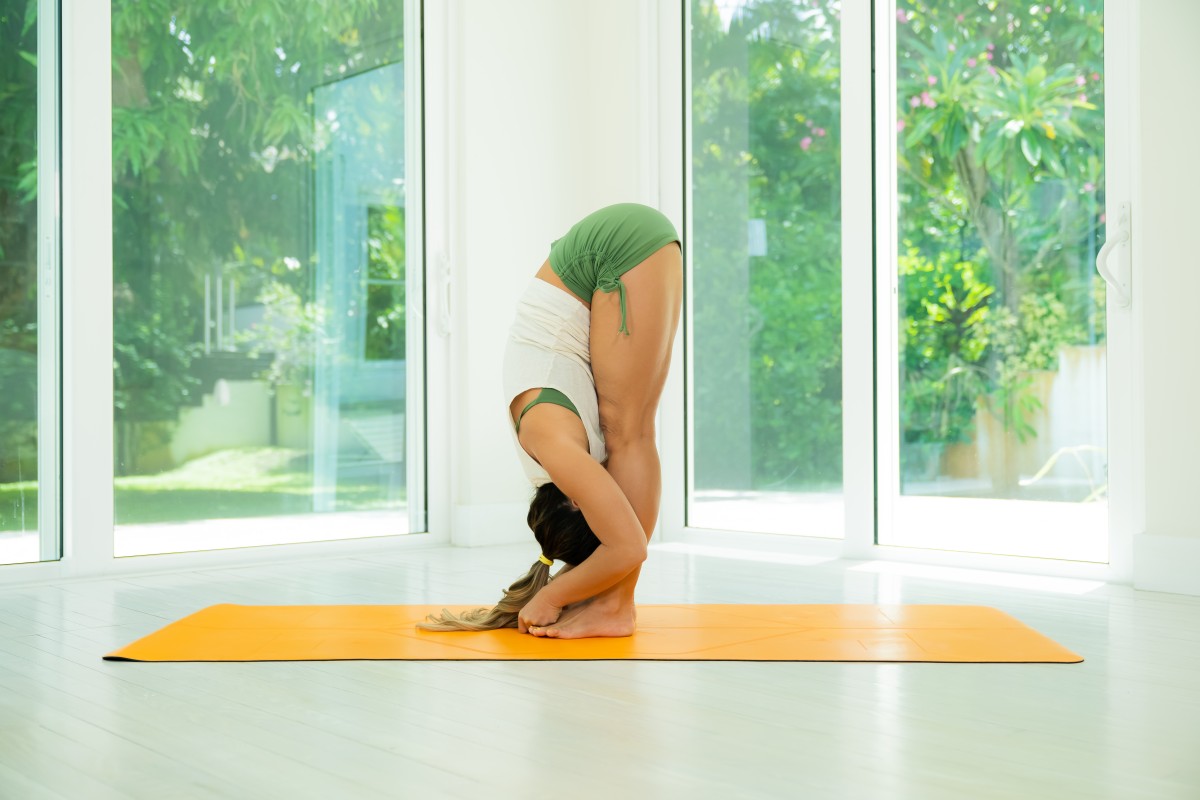 It’s hard to explain how a series of physical poses that bend, twist, and lift the body bring about deep healing and total life transformation. What may make this non-linear process more evident is to look at the ways in which we are all wounded and in need of healing.

In contemporary Western culture there is simultaneously a focus on the body to the point of obsession and rampant disembodiment that divorces true consciousness from the subtle realms of the body. The body is often treated as object to train, work-out, diet, and otherwise beat into submission. But there is little emphasis placed on actually feeling the body and being with it in a space of healing. Our current paradigm of mind and body is one of separation and division. Mind is in one sphere. Body in another. The two meet only in moments of crisis, the results of which often determine whether healing or further harm is caused.

Yoga is a path of healing that begins with a paradigm shift in the fundamental relationship between mind and body. Instead of an antagonism between two warring factions, yoga teaches you how to make friends with your body. This is the best healing that exists. Buddhist teacher Jack Kornfield says that the spiritual path is very much like training a dog. The goal is to have a well-trained companion that is also your friend and with whom you share love. The goal is not to have an obedient animal that is terrified of you.

The sad and heartbreaking truth about many people’s relationship with their bodies is a story of disconnection and misunderstanding. That complex drama only gets more twisted as we add in the intersections of gender, size, ethnicity and other variables. The degree to which we hate our bodies is the degree to which we reject ourselves. This seed of self-rejection is so far from our true potential as human beings that it sabotages everything else. If there is a knot of self-directed negativity deep within the core of your being, nothing will ever fulfill you or complete you until that gets resolved. Even the most successful people with top-earning jobs and picture perfect lives may not be truly at peace with themselves. There is a kind of angst and irresolution that comes from separating one’s consciousness from the body. The disembodied state leads to a zombie-like trance where people stumble through life repeating deeply entrenched patterns of social thought without consciousness awareness. Instead of actually feeling, the zombie trance continues with the momentum of unconsciousness and further alienates individuals from true wakefulness.

If you think you’re not a zombie, then just ask yourself what program you were running today when you answered a series of work emails. Or, what program you were running the moment you woke up in the morning, what thoughts, actions and behaviors were evident in your routine. To the degree that we have awakened out of the zombie state of disembodiment, to that degree we are healed and, you could even say, realized beings. To the degree that we sleep-walk through life operating under the status quo, to that degree we are still caught in the delusion of separation.

So, how does yoga exactly work to remedy this? Well, this is why the practice of yoga begins with the poses. When you practice yoga poses, the goal is actually not to perfect the pose, but to perfect your awareness of the body in that pose. You are learning to feel the unfelt parts of your body. In doing so, you are learning to awaken the sleeping parts of your own consciousness. The yoga poses are a bridge to whole embodied awareness. The unfelt body is correlated with the unlived life. As your mind inhabits parts of your body that have never been felt, it is common for either new thoughts to arise or for old memories that were long-since buried in the forgotten realm of the body to surface. You feel what you were not strong enough or aware enough to feel before. If you are a trauma survivor, this may sound absolutely terrifying. But, the path of yoga is a chance to repattern your neurological response to the past and be free of its chains. If you learned how to cope in the face of trauma, then yoga offers you the path to learn how to be free and healed.

I myself am I trauma survivor. I learned in various instances of my early life to shut my body and feelings down in response to violations of my boundaries. It was easier to just say yes than to actually tune in to the places where I wanted to say no. Well, truthfully, no one actually asked me what I wanted. At a very young age, when I was too young to have a strong voice of my own, older men took from me what I never gave my true permission for them to have. Yes, I’m speaking about sexual trauma and rape, which I’ve written about in my #metoo blog. It took me years to realize that I lacked the ability to say no and set firm boundaries. As a result I also lacked self-respect. It was in the yoga practice where I first learned how to set boundaries within my body. As I began to feel, truly feel without judgement or force, a new sort of mind-body awareness set in. Instead of forcing and pushing, I began to feel and listen. In that space, the natural intelligence of the body would sometimes say “stop” or “no”. And, there, in the healing space of yoga, someone finally heard. That someone was me. I heard, listened and respected my body and in that moment my life changed.

It should be said that I have worked with a therapist over many years to help me process and heal from my traumas. Yoga by itself without the assistance of qualified mental health professionals may not be enough to lead you to a path of total healing. It wasn’t for me. But, without my yoga practice, the intimacy established between my mind and body would never have happened. My therapist helped me apply the realizations that arose during my practice to my life. The same is true if you suffer from debilitating physical conditions. Yoga alone may not be enough to lead you to total healing. But the mind-body connection established through yoga can certainly be a foundational tool in your journey.

We all carry with us more woundedness and trauma that we often speak about. There is not one being on this planet who has not lost, suffered, or been broken in some capacity, whether physically, mentally, spiritually or emotionally. We are here, not to hide from that achy vulnerability where the scars sit, but to make peace with who we are and learn to love the big messy beautiful picture of ourselves, our life and our whole world.

Practice with me on Omstars

If you feel like you will never lift up, I’m her