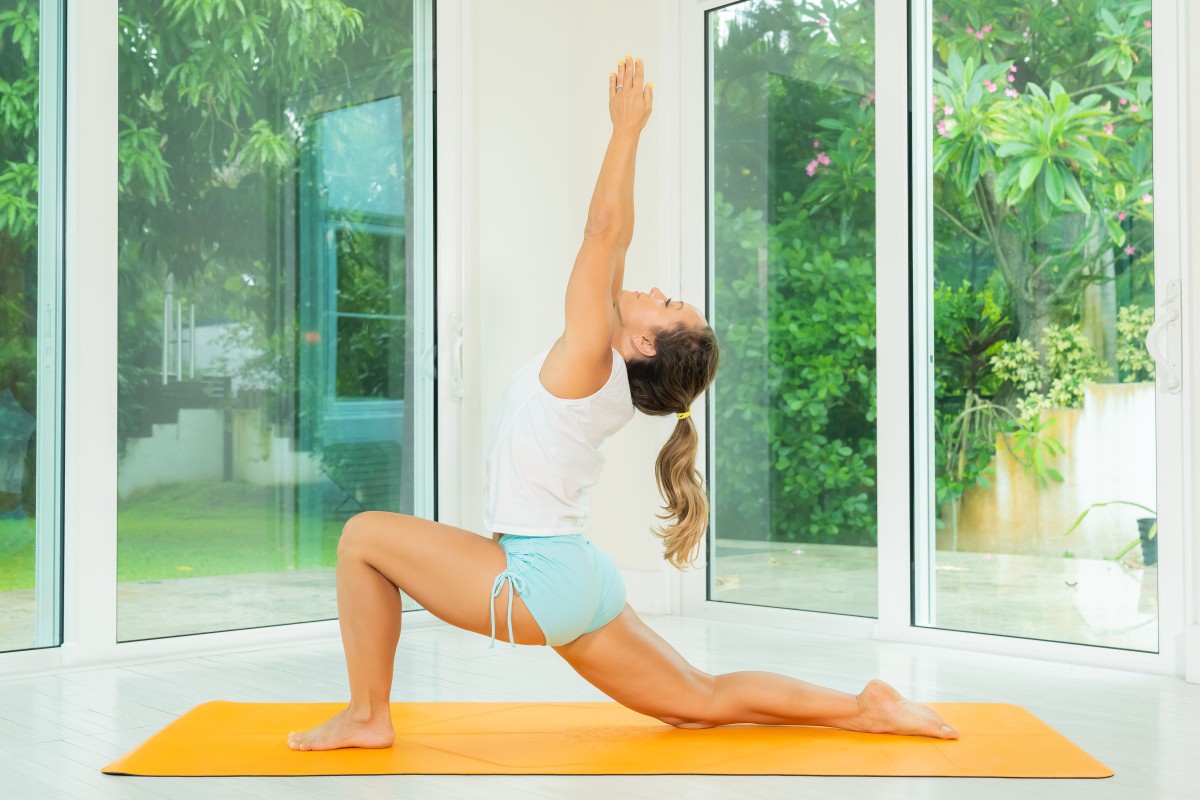 I woke up this morning, opened the blinds and saw a huge full rainbow. Filled with wonder I stepped out onto the balcony and let the feeling of blessing in. Rainbows speak of fairytales and grace to me and I always stop and appreciate them whenever I see even the smallest rainbow. People say that rainbows like to appear around me. Maybe rainbows appear quite often but most people are unable to notice or appreciate them, whether because of life’s busy distractions or because they don’t have the right vantage point to see the rainbow.

As I stood observing the display of natural wonder greater than any movie or special effect, I looked down and saw people with heads down turned, staring at their phones, and utterly unaware of the majestic beauty displayed in the sky. The rainbow lasted for over an hour and the vast majority of people hardly noticed. I wanted to shout at each passerby, “Look up!” The fact that I wasn’t wearing any pants stopped me. But I do usually point out rainbows to anyone I happen to pass when I see one. I just can’t help sharing the excitement I feel.

Awakening in yoga is just like that. If you spend your life engrossed with worries, troubles and stress, you will sleepwalk through the splendor that surrounds you. If your entire focus remains on your problems or if you’re too caught up in tending to basic needs like food, the space needed to pause and look up will simply not be there. But, if you allow just enough of a crack in the momentum of daily life to slip in, there might be a rainbow waiting for you when your gaze shifts to the sky above.

Enlightenment is described as the process of turning on a light and thereby dispelling the darkness. It is not a war against darkness so much as paradigm shift. Those things which trouble you in the dark are quite often harmless in the light. In this way, enlightenment is explained as a process of waking up or turning on the lights in the dimly lit room of the mind. While there is often confusing talk about the final state of enlightenment, I think it makes more sense for each of us students of yoga to think about the degree to which we can turn the lights on in ourselves. Rather than worry about final liberation, there’s enough to work with right here in the thick substance of life as we know it. Rather than fighting for some distant potential, strive to bring as much peace, joy, harmony and love into your life right now. To the degree to which you have worked to eradicate the habit of anger, hatred, fear, self-loathing, to that degree you can consider yourself enlightened.

The process of yoga can be understood as the waking up to the truth of your highest potential. That potential is contained within you, like a seed containing the promise of the fruit born by the mature plant. You could think of awakening as an expression of the fullness of the human being, the fruit born by the fully grown spirit within. While there are catalysts to the process of awakening, there is nothing you need to make yourself whole and complete. Just as your alarm clock signals the start of a new day, it is nothing more than a tool. It is extremely useful but does not make you whole. The sleeper within you is your true nature, a Divine seed that is your spiritual inheritance. When you practice yoga, you are giving that seed the right conditions to sprout and grow.

In Sanskrit, the word Bodhi taken from the root word budd means “to awaken” “to understand” “to have woken up and understood”. There is much romanticism surrounding the concept of enlightenment. Some seekers embark on the quintessential hero’s journey in an effort to attain the final and ultimate enlightenment. Many fail, as is obvious by the fact that the world we live in is not populated by billions of awakened ones, but instead average human beings struggling on the path. What students of the spiritual path like you and me can realistically hope for is a life filled with more peace, love and joy. Whether that is enlightenment enough for you is your choice. At least from my end, let me say definitively that I am no Buddha, just a fellow student walking on the path. We may be friends and colleagues and I may share some insights with you, but please take whatever teaching you can from me and integrate it in to your own journey. Never take anything I say as the absolute truth. Instead, test everything and work for your own liberation.

The Japanese zen tradition has a word called “satori” which means “comprehension” or “understanding” and is usually used to refer to a sudden moment of awakening, much like an epiphany, the result of which is a radically altered worldview. It is said that there are different levels of satori. I would imagine that every single reader has had at least a brief glimpse into the ultimate nature of reality, otherwise the impetus for sincere spiritual practice would fade. This is sometimes referred to with a different term, but I’m not here to split hairs about enlightenment. What all the spiritual paths of liberation do promise, however, is that there is the potential to experience a deep and lasting paradigm shift in awareness after which there is simply no turning back to a previously held level of being.

The Western mind can so easily turn the search for enlightenment into a hierarchical game of achievement, importing the paradigm of bigger, faster, more to the spiritual path. The tragic irony of this paradox should be quite evident. Enlightenment is the waking up of one’s true nature, an eternal timeless truth that some call emptiness, nirvana, or even God. We are here, manifest in a world of change, temporality, suffering, and pain. We seek to root our sense of self in the world beyond, a place that is changeless, eternal, transcendent, and lasting. There is no ladder of enlightenment. There is no judgement on the other side. There is not even a finish line to cross. There is no prize for who awakens first. There is no early bird special on enlightenment. It’s hard to understand from any mindset that wishes to rank and file beings by their accomplishments. No matter if your awakening happens today, tomorrow, or in a thousand years, it will all be exactly the same. What matters is that you are here, now, and have the potential to put in the work, to take a few steps further on the path, and to live a life with just a bit more happiness, peace and joy. Perhaps that in and of itself could be considered living life fully awake, with your spiritual eyes wide open, and yes, perhaps enlightenment.