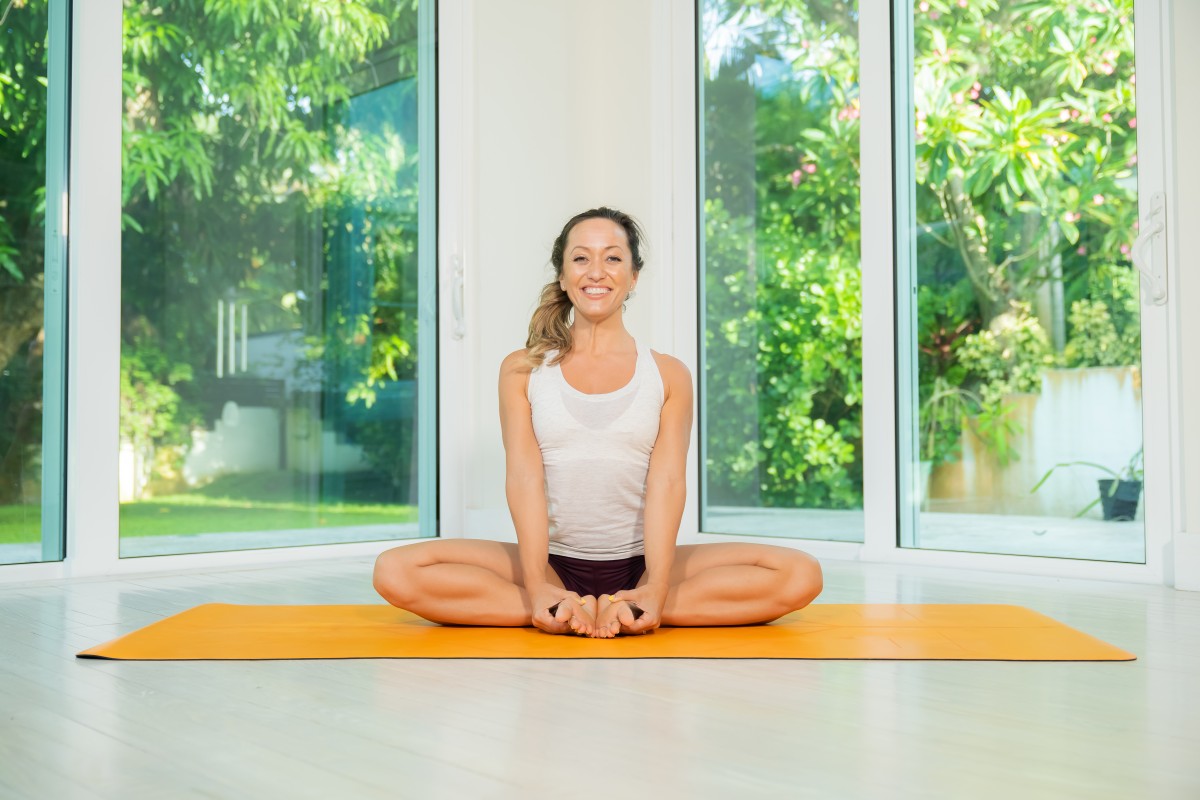 Be happy where you, as you are, right now. Or, even when you achieve the soaring heights of your dreams, it won’t make you happy. The idea of delaying happiness until the distant dreamed-of day in the future when you finally check off all the right boxes is a flawed way of thinking. This trope is called  “Someday when..” thinking. One of the biggest contributions of positive psychology is the discovery that happiness is not tied to external circumstances, but is a factor of your innate being. We assume that in order to be happy we need to work harder, succeed bigger, climb faster. In other words, our idea of happiness is rooted in the culture of more. We mistakenly equate the attainment of more stuff with more happiness. But, that isn’t always the case.

Instead of more stuff (jobs, money, cars, homes, even yoga poses) bringing more happiness, more stuff just brings more of the state of being that you carry within yourself. If you’re unhappy, all the stuff in the world simply will never be able to fill the void within. In fact, the more you accomplish, the more hollow your accomplishments might seem. So, if happiness isn’t directly related to having more and being successful, then what is it exactly?

Well, happiness is a state of being that you can access exactly as you are. You need no reason to be happy. In fact, you only need reasons to be unhappy. If you remove all the obstacles in your thinking, happiness will be revealed as your natural state. But, even more than that, happiness seems to be its own kind of magic elixir. Rather than success and achievement making you happy, the inverse seems to be true.

Positive Psychology studies show that it’s quite the reverse from what seems like a standard equation. As one example, let’s look at decision-making. Life is often defined by a series of decisions we make, whether big or small and studies show that happy people make better decisions. In numerous studies, it has been shown that mood directly influences the ability of a person to make a good decision. The most common device that researchers use to manipulate people’s moods is by showing them different type of images prior to presenting them with a difficult decision. There are usually three groups of people. Group one is shown images of puppies and kittens. Group two is shown images of car crashes and sick people. Group three is shown nothing. Then all three are assigned the same task. What appears in every single study I’ve read about happiness impacting decision making is the same. The group shown happy mood generating imagery makes significantly better decisions. The metrics by which researches judge “better decisions” include faster, more consistent decision making, the ability to think inclusively and orient towards the big picture, the ability to delay gratification and decrease impulsivity, the willingness to take into consideration the impact of one’s decision on other people and the ability to make decisions that are effective at achieving the goal (whatever that goal may be). Over time, in real life, the cumulative impact of the happy people’s more effective decision-making skills sets them up for the exact type of success that unhappy people think will make them happy. It’s a paradox, and one that is now scientifically proven. People whose baseline level of happiness is higher than others actually achieve more than their unhappy peers.

Now, I would be unskillful as a writer not to qualify this research with the reality of generational poverty and institutional privilege. I’m not saying that all you have to do to lift yourself and your family out of disadvantageous life circumstances is to decide to be happy. Certainly not. That would be both naive and a statement of ignorant privilege. No doubt, you will need to work extremely hard and defy the odds of a system that is designed to make you fail. You face monumental hardship. But I am saying that happiness could be a secret weapon of the revolution that many of us seek. Those in positions of power benefit from the misery of the marginalized and guild their castles with the perpetuation of the cycle of false happiness. The proverbial rat race benefits those who are winning. But if we decide collectively not to play the game anymore then all those who previously sat at the top will find themselves relics of a bygone era. Perhaps we are drawn to yoga because of the deconstructivist promise that it carries.

Yoga is a personal awakening built on the notion of fundamental equality and worthiness. Each and every sentient being is said to have the seed of Self-realization within and deserves respect. While certainly a revisionist view of yoga history would find class inequality spread out among the privileged few who had access to the practice. Acknowledging the flaws of the people who came before us does not negate the positive aspects of their contribution to the eternal quest of humanity. Instead, it allows us to learn, to grow, to evolve, to do better, and perhaps to be happier.

The first place you as a yoga practitioner can unlearn the standard operating procedure for happiness is in the context of your own practice. Instead of assuming that more poses will lead you to more happiness, you can practice being happy wherever you are in your practice. If your hips are tight, you might think that someday when your hips finally bloom into lotus and your legs go behind your head, that you’ll be happy. But, the real challenge is to change that thinking and decide to be happy with your tight hips right now, as you are. The same goes for any pose that you want to achieve or any change you want to make or any big life goal you want to manifest. If you’re anxious, miserable and critical on your journey to handstand, it’s unlikely that you will suddenly experience deep peace when you’re upside down. What’s more likely is that you’ll be the same person you were, just now balancing on your hands.

Yoga asks you to find happiness in your heart exactly as you are. Lasting happiness cannot be tied to external circumstances. Happiness is in you. Happiness is your true nature. The practice is here to reveal this eternal truth directly to you and thereby change the entire paradigm of your life.

May you be happy